I´ve always considered orienteering a marginal sport. Tried it in high school, seen it on TV a couple of times and never thought much of it. The idea of joining a team participating Jukolan Viesti orienteering relay was first brought up by a friend last winter. Without much thinking I may have nodded at some point during the conversation as, to my surprise, the topic came up again months later.

It appeared the team had already signed up for the race and I was part of it! The basics of orienteering sound simple. There´s a map and a compass, you navigate through the course and umm…that´s it.

That´s what I thought until I spent some time with a couple of experienced orienteers explaining me all about the importance of route selection, different terrains, checkpoint descriptions and a whole lot of other things that got me worried if I´d actually be able to pull this one off.

After intensive studies of getting to know the basics in theory, I decided to take a go on the real thing and headed to the woods. It appeared the local orienteering clubs arrange events in surrounding forests almost daily so I picked one with a handy location and headed over. 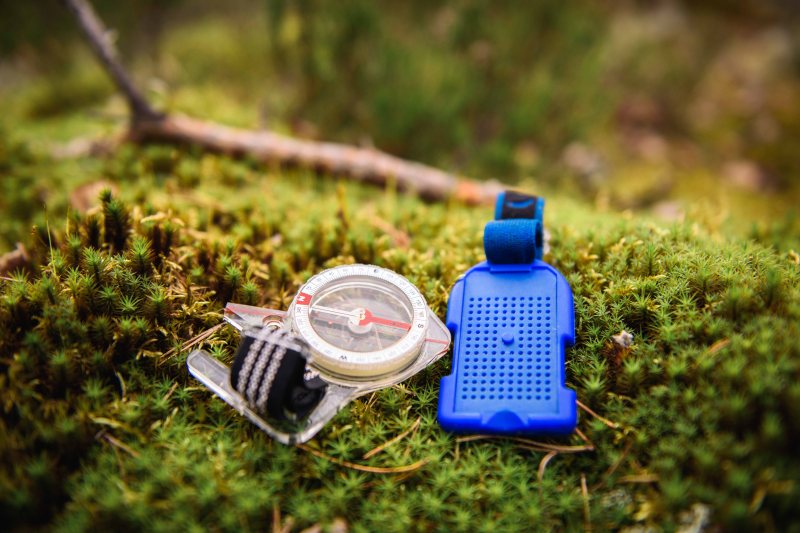 I expected a lonely guy handing out maps by the side of the road for the few possible participants but was quickly proven wrong. I counted more than hundred cars at the parking lot (with guided parking), there was a queue leading up to the sign-in counter and people of all ages were running around with map and compass in their hands. And that was just a typical weekday with less than perfect weather for any outdoor activity!

My last possible impressions of “marginal sport” were erased when arriving to the actual race a couple weeks later.

Jukolan Viesti is an annual event and this year´s race was the 68th edition taking place in Karelia woods close to Russian border. More than 15 000 competitors had signed up and with thousands of spectators, the typically quiet countryside forest resembled a mid-sized Finnish town during the race weekend. Oh and yes – the national television was around too, broadcasting the full thing live through the night. 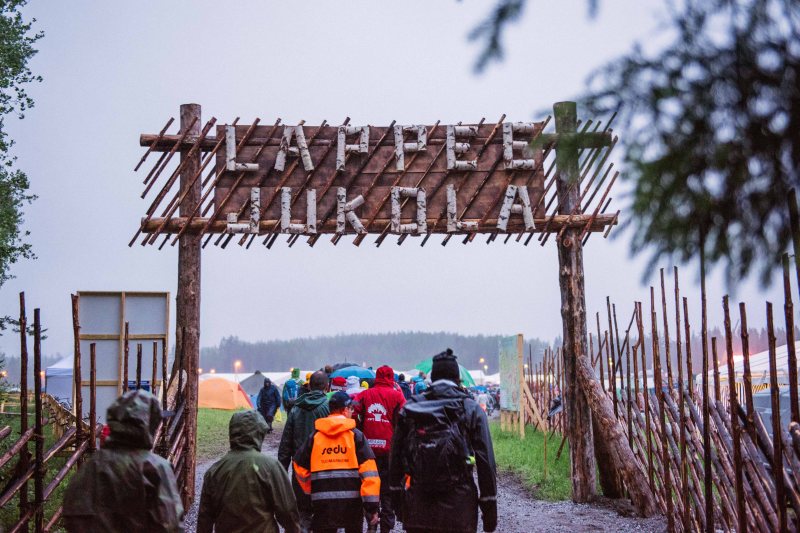 The relay consists of seven legs with distances varying between 8 – 16km. First runners started in the middle of the night at 11PM when it was raining heavily and the forest seemed pitch dark regardless of the “nightless nights” we´re supposed to have in Finland this time of the year. I was assigned to be the 6th runner and after watching the the race take off, I quickly retreated from the rain towards our tent to get a bit of sleep before my turn that was estimated to start early in the morning.

With the constant rhythm of one runner being out in the forest, one preparing for his turn and one arriving back to the tent soaking wet from the rain I didn´t get much sleep through the night. At 5AM I decided to forget sleeping and headed for an early breakfast at the race center.

The combination of heavy rain and thousands of people running through the short guided sections of the relay changeover area had made the terrain muddy and slippery. I thanked my more experienced orienteering friend for the pro tip of bringing my rubber boots with me to keep my feet warm and dry until my turn was up. 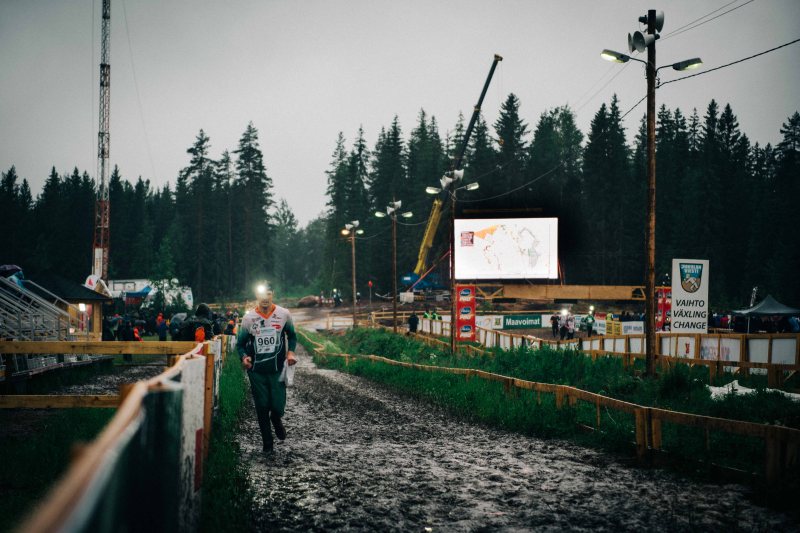 As it was my first ever relay race, I took my time to comprehend the whole changeover process. The maps were set up in numbered lockers before the changeover gate. Each runner would pick up the map for the next one up from the correct locker and hand it over the gate to set the next runner off.

At the same time the fresh runner seemed to typically hand over some dry clothing and other personal belongings to help the tired and wet teammate get back to the tent more comfortably (maybe through a sauna or beer tent which were also available at the race center).

When the last teammate before my turn headed out, I started making my way back towards our tent to get last beginner tips and some encouragement. I switched to my running gear, picked up the compass and emit (the device for tracking checkpoints) and already felt the cold and muddy water on the tent floor slowly getting between my toes.

My teammates seemed visibly worried when I asked if the red compass hand was pointing south as it would sound logical to me south being warmer than north (right?). They wished me good luck probably already planning the rescue operation to get me back from the Russian side of the border after I got lost.

I checked in to the changeover area, found myself a slot at the gate and started warming up while waiting for my teammate to arrive. I watched runners arriving with a map just to find no one there to hand it over to, others warning their teammates to be careful on the “difficult 1st leg”, someone sprinting up with a map just to find his teammate eager to have a relaxed chat before heading out – I could have spent hours just watching it all happen around me on the rainy Sunday morning.

“Teemu?” – suddenly my teammate was standing on the other side of the gate with the map in his hand. “Oh yes, thanks!“- I grabbed the map, he wished me well and I was finally off! 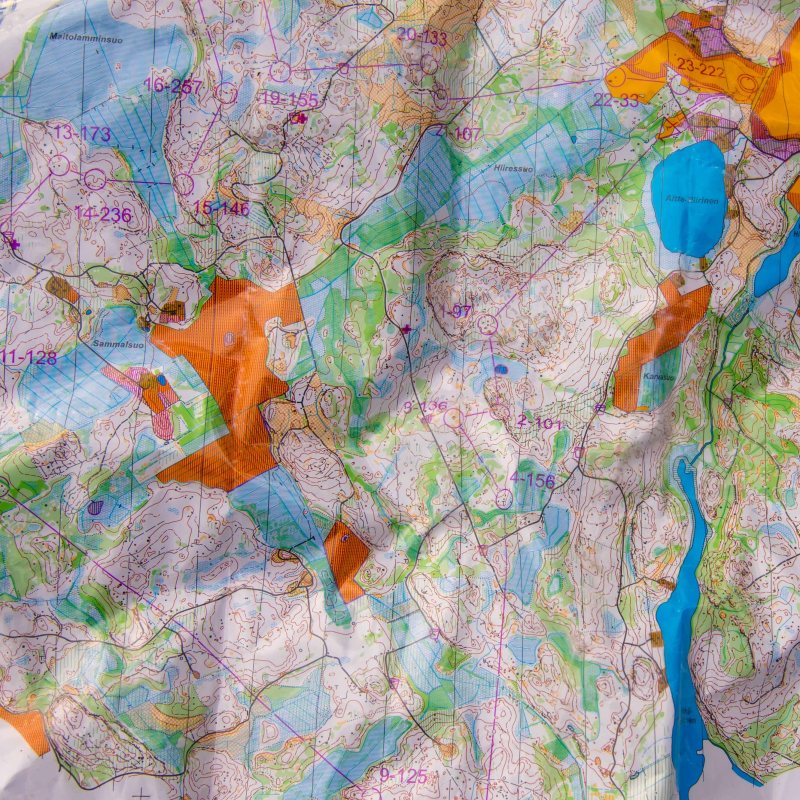 While running through the first muddy 500m out from the race center I tried to make some sense of the map and avoid slipping down to the mud in front of all the spectators. I turned the map around a number of times before finally getting a grip on the orientation. Once I hit the forest, I slowed down to walking to check the right direction with my compass before sprinting off to bushes.

After finding the 1st control point (with a bit of trial and error) I started getting past the nervousness of the race start. Terrain varied between thick bushes, dry pine forests and wet marshes (sometimes knee-deep) and there were people running around to all possible directions. The toughest part was not to start following anybody even though they appeared to be going to “about the right direction”. I kept my head in the game and eye on the compass making my way towards the next control point.

With my trail running background I was progressing relatively fast in the forest. That seemed to give the false impression of me being sure of where I was going (which obviously was far from true). Therefore, I tended to pick up followers along the way but they typically gave up rather quickly after realizing the speed doesn´t necessarily make up for the errors in my navigation.

I didn´t really check the total number of control points to be covered in the beginning, but once I was approaching no. 20 I knew I had to be getting close to the finish. I took a glimpse on my watch and was surprised to find out I had only spend a bit more than an hour and a half getting there. I picked up the pace and after a couple more control points ended up crossing the finish line at 1:44h.

At the exit gate there´s one last checkpoint where the race officials confirm you´ve covered all the control points on your map in the exact right order. When approaching the checkpoint, I nervously checked through my map one last time trying to make sure I´ll be alright. It was a bit hard to believe I had covered the whole route in such a short time.

I handed my emit to the race official and felt my heart rate climbing while he stared at his computer looking serious. “All well!” – the best two words I had heard in ages! I cheered to the puzzled race official resisting the temptation of hugging him (not sure if that´s appropriate in the orienteering circles).

While jogging back towards our team tent I felt like a proper orienteer! I had just finished my first ever race, I was wet inside out and I had mud in places I didn´t even want to think of. I knew I needed to get more of this!

Later, I learned I had brought the team ranking up by 124 positions and my personal ranking was 388th out of 1456 runners doing the 6th leg.

Not bad for a first timer! 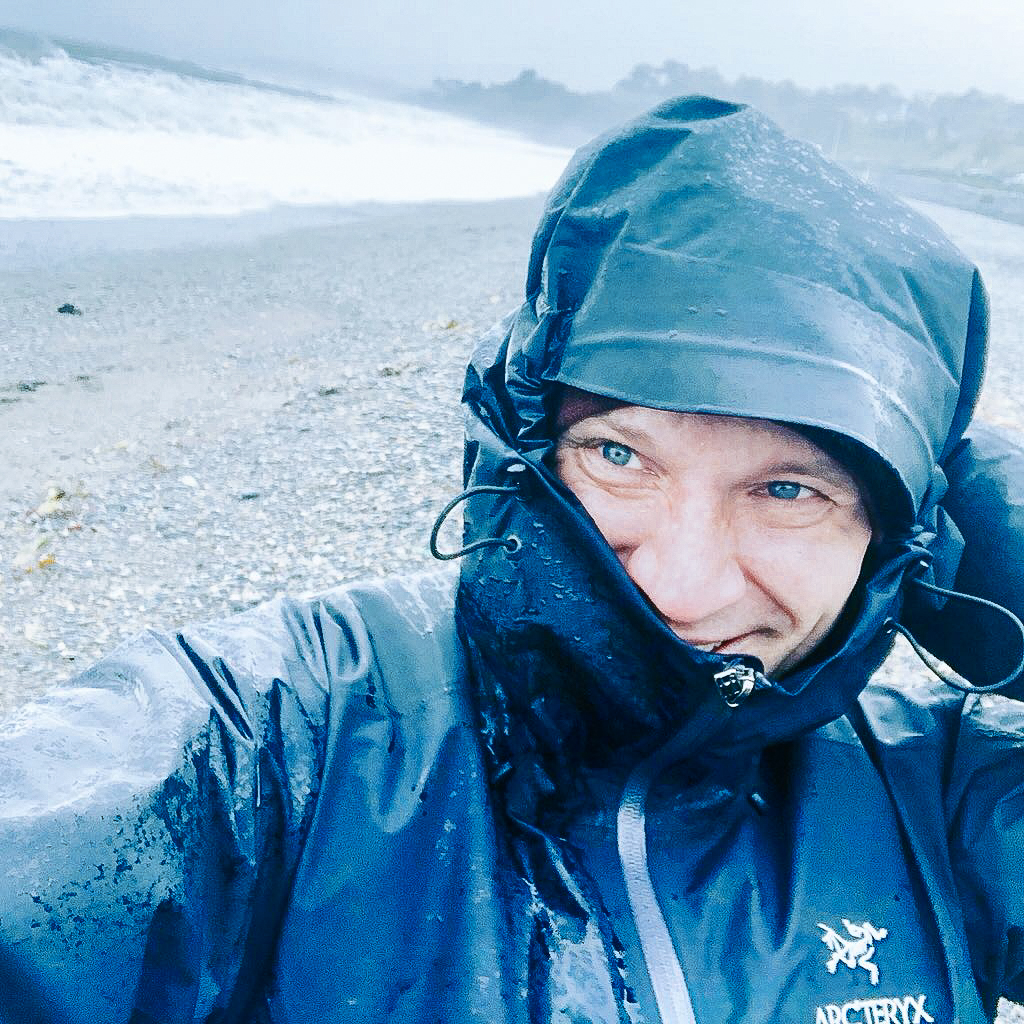