Aosta is a small town in Italian Alps 190km northwest of Milan. It´s surrounded by several 2500m+ peaks and has a cosy center with small shops, restaurants and enotecas. Most importantly – it has a handy cable car right next to the town center taking you to Pila ski resort up the mountain! 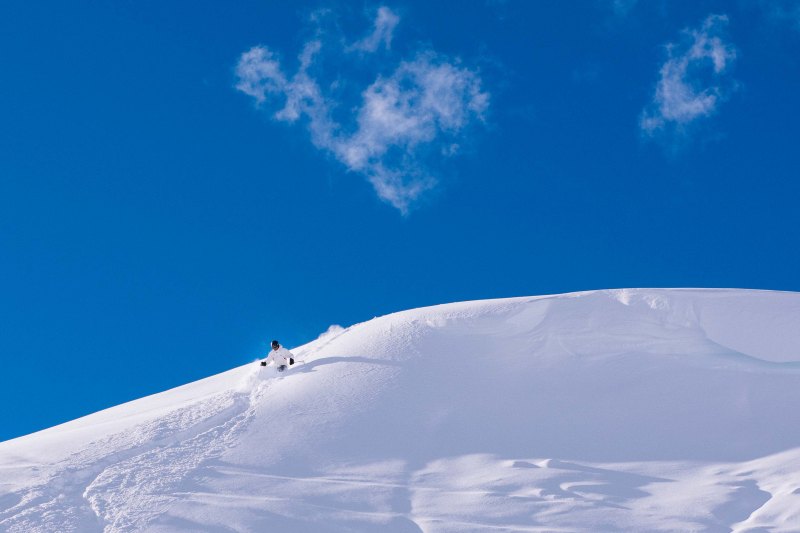 With only a week to go to Rovaniemi 150 fatbiking race I had a chance to get off the bike for a change and start the tapering with a weekend of downhill skiing in Italy. We took off from Milan on Friday morning and after two hours of motorway, approached Aosta Valley where we had booked our hotel Duca d´Aosta for the weekend.

When exiting Milan, the surroundings looked pretty worrying with constant rain and no visible snow around. To our relief, once we approached our final destination the rainfall suddeny turned to snow. On the last miles we put all the finnish rally tradition into play steering the minivan around snowy roads with slick summer tyres. 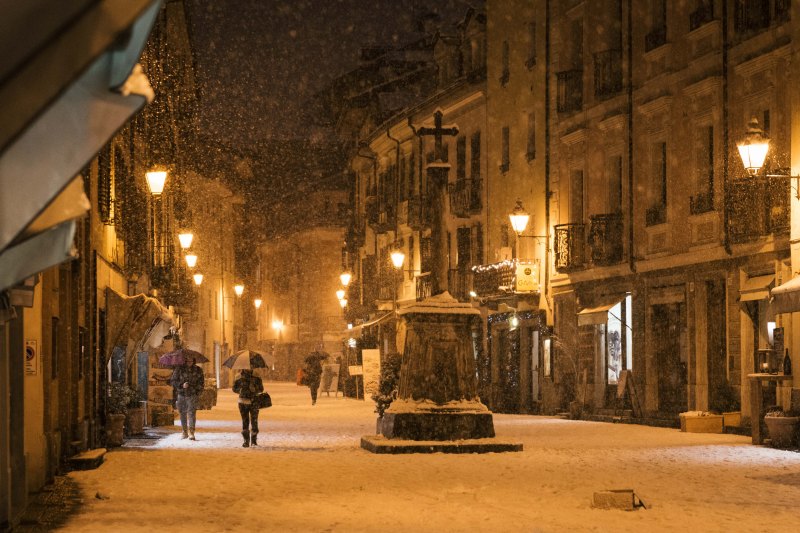 Friday evening was spent sorting out equipment rental and skiing tickets at rental shop handily located next to town center and planning the following day at local enoteca. On Saturday morning, we were the first ones up queuing for breakfast and out the door heading towards the cable car taking us up to Pila.

In the local scale Pila is a rather small ski resort. We decided to pick it instead of the more famous ones in the area due to the reportedly good amount of snow and the handy location just 2 hours drive from Milan Malpensa airport.

Even at high season the queuing for ski lifts turned to be pretty minimal. However, it took us a couple of runs to get used to the Italian way of “queuing” (squeezing our way through the pack locals filling up any possible gap opening between the skis). Once that was figured, skiing was smooth and there was more than enough slopes to explore for a full weekend.

All around, the slopes were well maintained and the snowfall on Friday night provided good conditions for small off-piste adventures.

Skiing in waist-deep powder turned out to be a bit harder than it looks on the cover of Powder Magazine. Regardless of our hard efforts to look pro (at least when taking photos) we often tended to find ourselves face-diving in snow and searching for lost skis with no easy way to get up. With minimal experience on winter mountaineering, we stayed close to the slopes and enjoyed the easy access powder while it lasted. A helicopter flying around the peaks trying to trigger avalances reminded us of the magnitude of snowfall on the mountains and the risks involved.

One of the best parts of skiing trips is the time spent in after ski sharing war stories of the days adventure with people you learn to know along the way. Our quiet dinner restaurant gradually filled up with heated discussions on skiing, work, love and life and our reputation of “quiet finns” was badly damaged.

Good food, Italian wine, mountains and sports – it really doesn´t get much better than that! On the way home I already found myself bargaining on a set of off-piste skis and questioning my friends on the best spots for a family skiing weekend.

I think I have some gear investments and another trip coming up before the season is over!